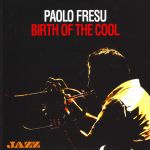 Birth of the cool

It is remarkable how alive and vibrant this recording is. That it is so is a tribute to two groups of people, convened more than fifty years apart. First, consider the bold statement THE BIRTH OF THE COOL made when it was issued in the middle of the last century. Jazz had become, in the 1940s, a music dominated by small improvising ensembles.  Bebop was principally a player’s music; a song’s performance was almost always cast in the familiar theme-solos-theme form.  As the forties wound down, along came this music: highly arranged, dependant upon a fine ensemble balance, requiring concise solos.  This is a conceptual music; there must have been many night-longdiscussions about it before a note was written or played. Now consider this same music reconceived in our age. Jazz in this century remains a player’s music, still full of the clamor of improvisers telling their stories. This recording, once again, reminds us of the virtues of poise and control, of thoughtful balance and deliberation.  Paradoxically, these qualities enablepassionate, spontaneous playing, as you’ll certainly hear in this recording. Paolo Fresu and his Sardinian cohorts achieved a similar triumph when they delivered PORGY AND BESS, an album Carla and I listened to one night a few years ago with delight. THE BIRTH OF THE COOL poses the same challenges met with such success on PORGY. On the one hand, the reproduction and re-performance of the arrangements must be impeccable; Massimo Carboni, Gavino Mele, Giovanni Agostino Frassetto and Paolo Spanu must have spent endless hours listening to those old recordings, pencils in hand. They and the band can’t be faulted – the intentions of the original composers and arrangers are honored to a fault. On the other hand, the music is played new; there is a freshness to the lines of the solos and the feel of the rhythm that can only come from players committed to self-expression. In short, there is magic in this recording. This is not surprising; Sardinia is a magical place. STEVE SWALLOW I really enjoyed listening to this album. So much music, lovingly prepared and beautifully played. These compositions and arrangements deserve to live, and Paolo and his band of Sardinian musicians bring them magically to life.  Credit must be given to Massimo Carboni, Gavino Mele, Giovanni Agostino Frassetto and Paolo Spanu for all the work reconstructing the scores and parts (some of them no longer existed), and to all the musicians in the band, for their respectful interpretation and heartfelt playing. But it is Paolo Fresu himself who transports the music to a level high above the earth. He plays like an angel.
Carla Bley